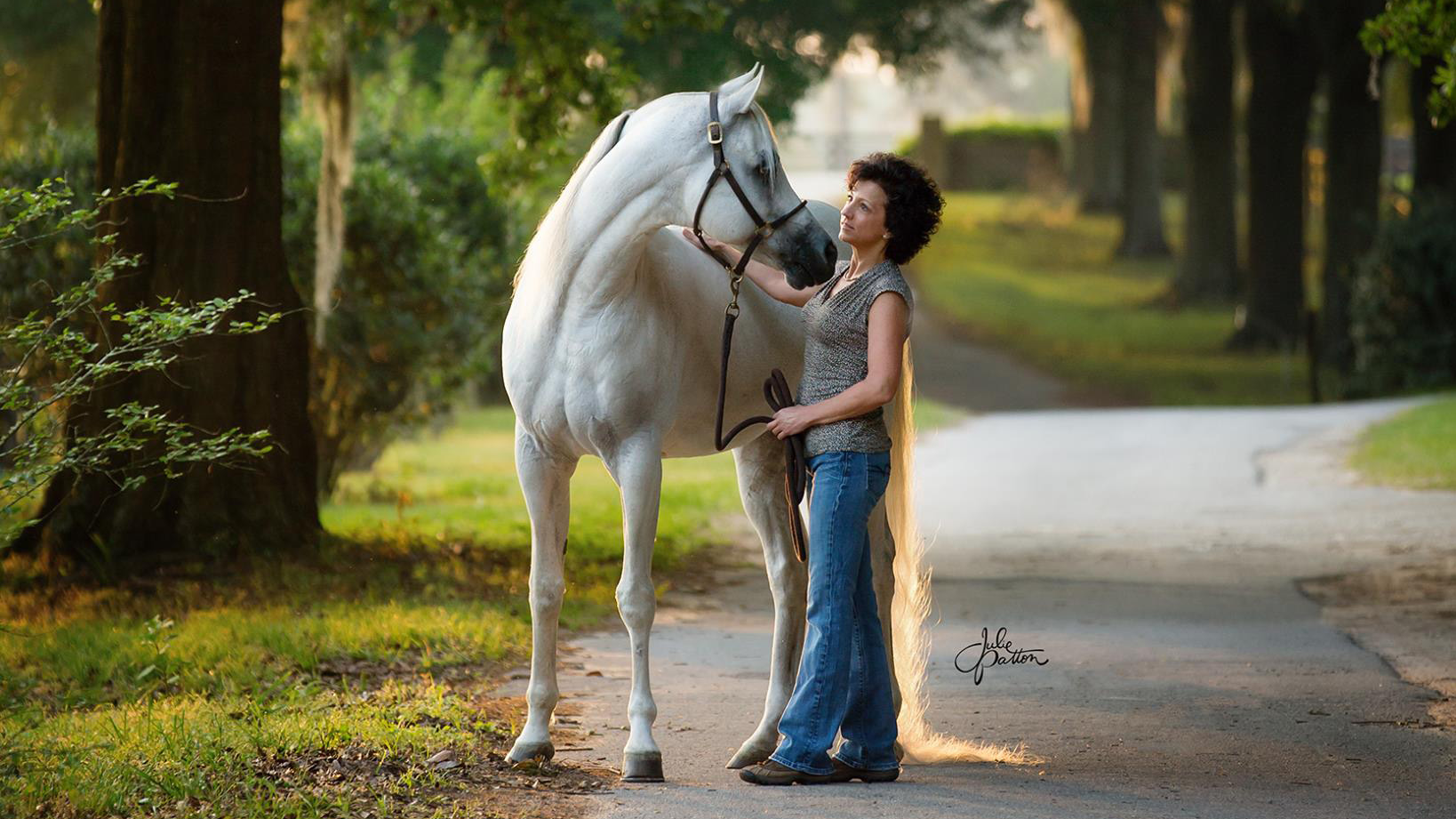 Tall, lanky and immature, KM Bugatti was originally not destined to be a show horse. In the middle of his "ugly duckling" phase, Kristi Waters saw something special in Bugatti...something no one else had seen. Little did she know at the time, she couldn't be more right.
Jet black and slowly turning grey, this unnamed little colt needed a future... he needed a name, a purpose and someone like Kristi to put her faith in him.
That fall at the Tampa, Florida Thanksgiving show, KM Bugatti made his show ring debut with Mike Wilson at the lead. A first place win set the pace for several more blue ribbons in this fledgling colt's career. The stage was set for stiffer competition. A high Top Ten in Scottsdale in 2 yr old & older Stallions... followed by CHAMPION Region 12 Open Stallion! 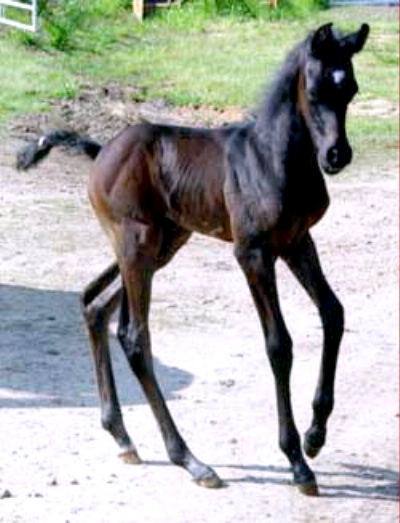 We began to dream... and always believed. Everyone thought we were crazy... he was in a deep class of 3 year old and over stallions…. 11 entries… no one could have ever imagined the younger, very immature Versace son had a chance… but we believed and had “Gratitude” to show him to the crowds….no matter what he placed…..and then HE WON!!!

- Kristi Waters
From there, the world was their oyster. Region 14 Champion Open Stallion with a Reserve place ribbon under saddle at the same show.... Qualifying them for US Nationals. Would they do it? SHOULD they do it? It was unheard of to RIDE one's HALTER horse at the National level- no, actually it was quite taboo to make a STALLION a Hunter horse. Degrading, they said. You'll discredit him as a halter horse, they said. But for Kristi, Mike and Peri, they knew they had something special. They knew they had a stallion with the mind, the conformation, and the heart to do both.

So they did. In 2008, KM Bugatti was named US National Top Ten Halter horse AND US National Top Ten Hunter Pleasure Junior Horse. The momentum was gaining... who WAS this grey colt who not only could show halter but then could turn around and show under saddle the very next day? He was by Versace, of course. Of course.... he was by Versace. Versace was a stallion who was almost human-like in his demeanor. Versace felt things at a much deeper level than 'normal' horses. KM Bugatti is said to be the most Versace-like of all of his offspring and that comparison does not stop at his physical appearance.

Fast forward to May, 2009. CHAMPION Region 12 Hunter Pleasure Junior Horse and Region 12 CHAMPION Stallion, AOTH with Kristi at the lead. The rest is history, as KM Bugatti went on to be named US National Champion Stallion, AOTH and the very next morning was named US National Reserve Champion Hunter Pleasure Junior Horse (in a class of 29!!). History was made that day, as KM Bugatti became the only living horse to win National Championships both under saddle and in hand at the same show... and he did it as a four year old.

The rest, as they say, is history. KM Bugatti is redefining the way things "should be done"... and the Arabian horse industry couldn't be happier. KM Bugatti is now known as the sire that can do it all. He sires halter, hunter, western, sport horse, dressage, over fences.... if you can dream it, with KM Bugatti, you can achieve it.

KM Bugatti- you CAN have it all! 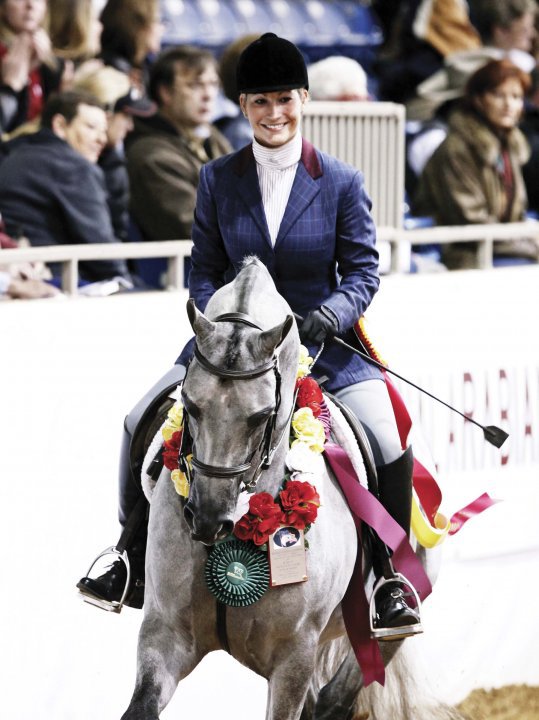 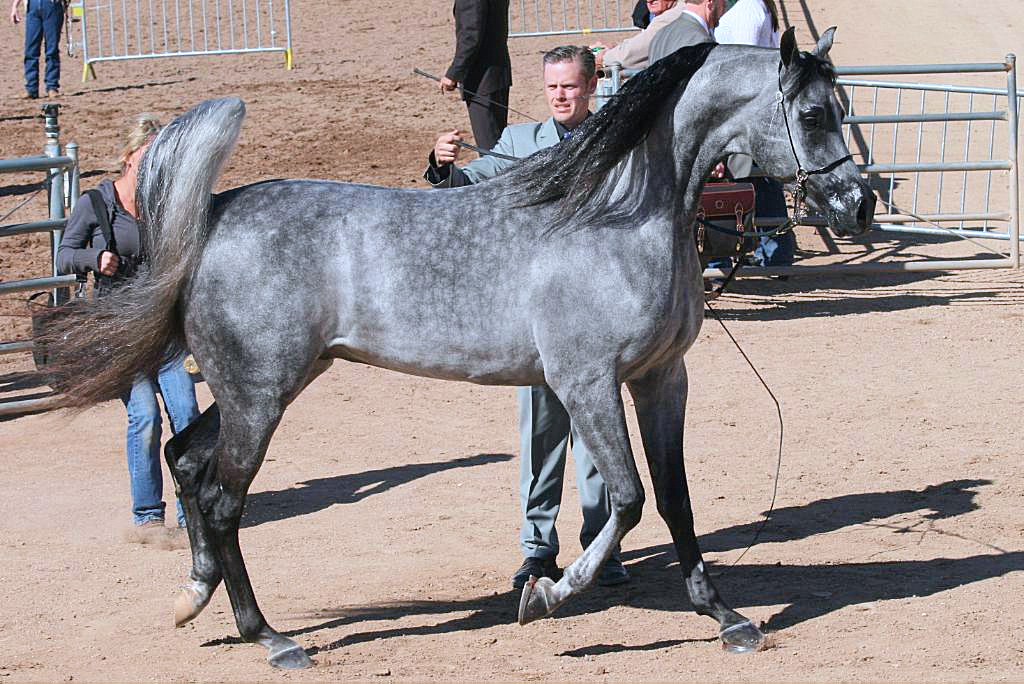 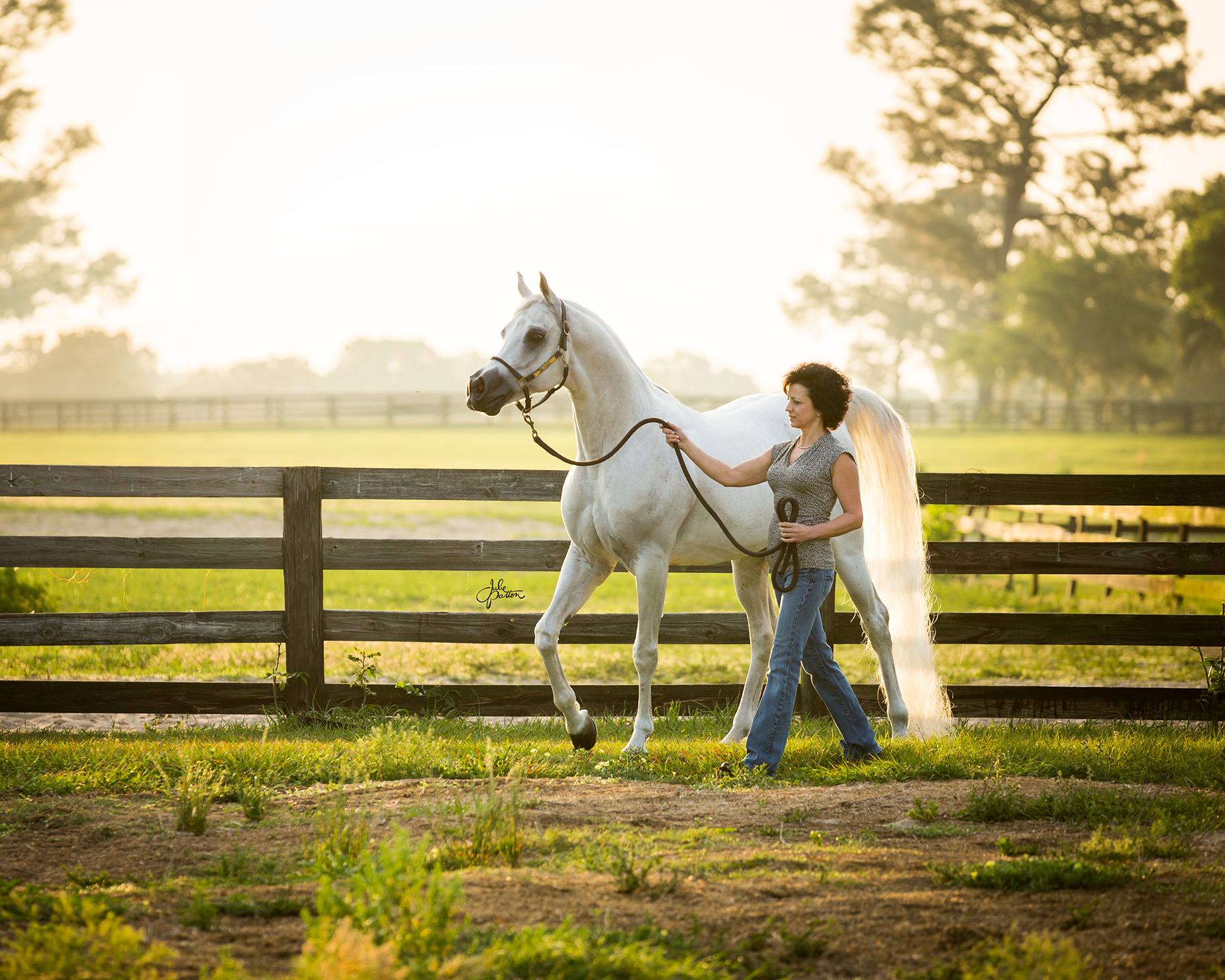 THE POWER OF VERSACE


Bugatti and Kristi have a bond that defies logic to those that don’t understand how a horse can be someone’s soulmate. Bugatti adores Kristi and the way these two communicate is surreal. It is a true honor to photograph this bond. 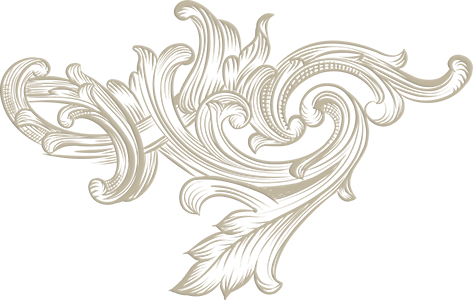